The heresy is laid-back, though

This work was supposed to start at 08:00 and continue through tomorrow at 14:00. I was expecting to park on the street for that block of time, and I didn’t even get home today until a little after 10:00 because I took Katharine to the airport and stopped at the grocery store on my way home from work.

They hadn’t started the parking-lot work by the time I got home. In fact, it was only about 30 minutes ago they were even remotely ready to start, when one of the workers pounded on my door. Asked me, do I know who owns the white Subaru in the one parking space up there? Because no one else knows either (after I told him I didn’t know) and it was now time to call the towing company.

I haven’t heard a tow truck yet. So they’re at least six hours behind schedule, looks like the lot won’t be available tomorrow afternoon after all. No worries there, I wouldn’t be using it until Friday morning anyway with my overnight work schedule. But I’m wondering, since all of the doors out of this place are on the parking-lot levels, how exactly we get in and out of here when the lot is covered in still-simmering pavement or sealant goo or whatever it is, exactly, they’re doing up there.

Tonight I wear grubby shoes to work, carry the good shoes. Wouldn’t do to track petrochemical waste all over the office.

Each year I give most of the broadcast networks’ new shows at least a passing glance. TiVo makes this easy, I don’t have to hold to the broadcast schedules but can view a show at my leisure—very handy this year with the graveyard shift.

So as the new season begins, my TiVo experiences a flurry of recording activity that rapidly pares down to the few shows I may actually track through an entire season or beyond.

Two weeks into the season, already two shows are out of my rotation.

Last week, saw the first episode of FOX’s new show K-Ville. Cops in post-Hurricane Katrina New Orleans. I actually saw the entire first episode but had canceled the season pass by the 20-minute mark. Not a bad show, I suppose, but didn’t hold my interest at all. The New Orleans survival-after-the-disaster angle wasn’t enough to make this anything more than a formulaic buddy-cop procedural.

Today’s victim was the new CBS comedy The Big Bang Theory. I believe it was meant to be a comedy, anyway, because of the canned laughter that followed most utterances by the cast. None of these utterances was remotely funny, however. Pilot episode and season pass deleted 12 minutes in.

Salt Lake City police say two men dueled with machetes in a fight that ended with one person hogtied.

Early Wednesday, the two men were drinking in the 1300 South block of 1200 West when an argument erupted. Fists where thrown and one man picked up a machete, police said.

The second man also retrieved a machete, according to police, and they began dueling with the weapons.

The machete duel ended without injury, police said, and one of the men began chasing the other down the street.

The pursuer tackled the other man at Emery Street and California Avenue and hogtied him before police arrived about 5 a.m.

M/V Yakima
Flickr: Don NunnWatching the ferry unload at Friday Harbor as we wait for our whale-watching cruise

Tags: Over the Rhine

I find it amusing that UPS will leave a package valued at $300 and change in my building’s lobby area, without a signature and with no verification that I actually received the package, but they require a signature and won’t accept the “release for delivery” option on the delivery notice for a $15 USB hub. 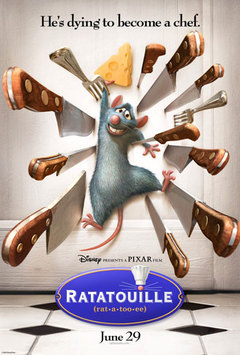 Saw Ratatouille today. Was the odd culmination of a day’s sleep interrupted by ongoing apartment-building renovations and a sudden almost unstoppable compulsion to get the hell outta Dodge.

Odd day anyway, I left work early because it was an absurdly slow day. I was home by 07:36 and in bed about an hour and a half later, headphones plastered to my skull to block out whatever construction noise the day might bring. The notice taped to my door Sunday afternoon indicated the exterior painting was to start this week, and there is some ongoing interior work on the upper floors of the building, but I hadn’t encountered any loud banging or drilling or sawing or other fun noises for a few days, so I thought my headphones would protect me.

And they did, right up to the moment the pressure-washing crew got to the exterior walls just outside my bedroom window. At first the loud WHOOSH sound incorporated itself into whatever I was dreaming, but when the sound became just a bit too loud, it scared me awake.

It was 14:41 and I was suddenly, adrenalin-rushingly, heart-poundingly wide awake. First thought was: Fight or flight? What the hell IS that noise?

Next thought, when I remembered the painting notice: Maybe I should go see a movie!

I fired up Fandango on my phone, looked up The Bourne Ultimatum and saw it was playing at the Regal Meridian 16 on 7th and Pike. But the next showing was about two hours away, and I was desperate. And then I saw there was a showing of Ratatouille at 15:40, which would give me just enough time to take a shower, dress, and sprint downtown to the theater.

So off I went. Left the house about ten minutes after 15:00 and arrived at the theater with plenty of time to saunter into the auditorium, which was empty at ten minutes before showtime. I thought I was going to see the flick solo until another half-dozen or so people arrived with minutes to spare. 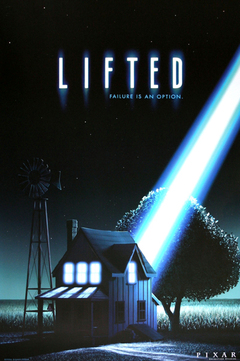 The show opened with a new Pixar short film, Lifted, about a hapless alien’s attempts to abduct a very soundly sleeping human. Several laugh-out-loud moments, though I will confess I first thought it odd that a movie about a mid-20th-century Parisian rat-cum-chef would open with aliens in the (ostensibly) American countryside. Then it clicked: Short film! Pixar’s trademark!

I found Ratatouille utterly charming, the general tone of the film just perfect. The details and animation were so amazingly realistic in some ways but oddly simplistic in others. For example, the rats and their lairs, their movements and coats of fur and even the luminosity of the skin on their noses, were amazingly realistic-looking, and the food and cooking were just stunning. But the people were obvious cartoons, which worked because most of the human characters were caricatures of well-known personality types. There was the overbearing chef! The gangly but lovable oaf! The strong-willed woman! The abrasive food critic! And so on.

It was strange to see the physics of a pot of soup cooking on a gas stove reproduced so realistically while the movements of the human characters were so absurdly... under-done, I suppose is how I would describe it. But it worked.

I also found it amusing how the male rats’ most salient feature, at least in my experience, was nowhere to be seen on the screen. Every male rat I’ve encountered, mostly from when my ex Stephanie kept several rats as pets, had enormous testicles. You couldn’t miss the things, they were SO oversized for these little animals. But Pixar, to keep things family-friendly, neutered all the rats.

Strange choice since they did show a bit of domestic-violence gunplay in one throwaway shot, but oh well.

Rarely seen
Flickr: Don NunnSunlight plays off the walls of the lobby.

I never get to see this on my regular graveyard shifts.

West view from McMenamins Hotel Oregon rooftop bar
Flickr: Don NunnSpectacular view toward the hills on the edge of the Willamette Valley