Because Katharine didn’t believe that I do, in fact, drink a Bloody Mary now and then. 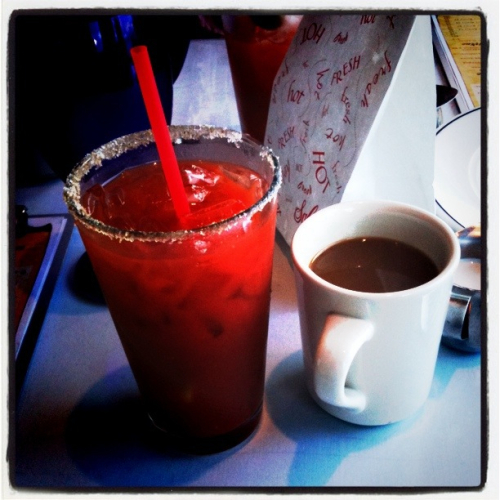 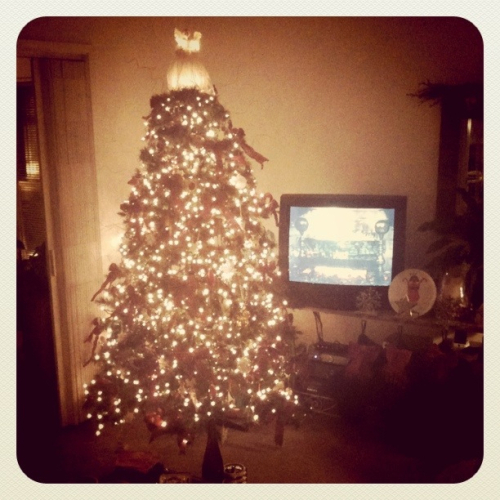 And of course the lovely Yule Log fire on TiVo! 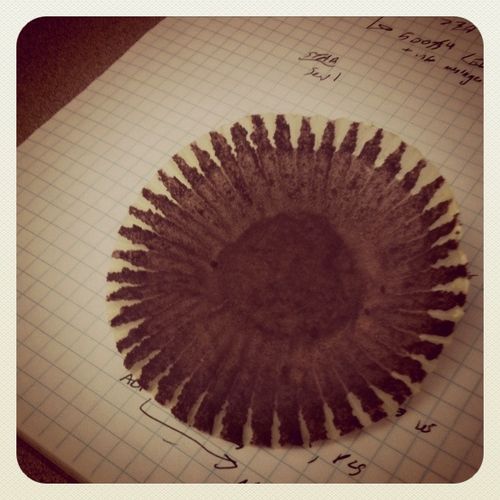 A treat waiting for me

Stepped away for a lunch break, returned to find a little sweet perched atop my notepad courtesy of my coworker Jeremy. :-) 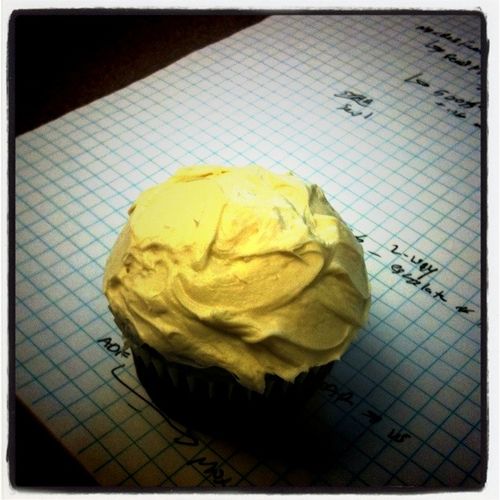 [I]t’s clear from the outcome that the state, Seattle and its hilly suburbs can’t handle a few inches of snow.

Full article text after the jump.

You can HEAR the anguished wringing of hands

It’s snowing in the Seattle area, which means two things.

The snow is sticking to lawns, roofs, and trees, but it’s barely making the roads wet yet. However, the forecast calls for up to 3 inches of accumulation from Seattle southward by this afternoon.

I am of course in heaven. I was born and raised (and more importantly learned to drive) in Salt Lake City, where men are men and holy underwear is the norm, and where they get REAL snow. Where by “real” I mean in quantities of inches at a time, sometimes a foot or more, and as the license plates will confirm it’s the greatest snow on Earth.

Which means that anytime the Seattle weather forecasts mention snow or La Niña or “Arctic flow” or the other winter-weather flag phrases, I get a little giddy. I remember the years of walking to school uphill in the snow (but one way only) and the inevitable late-night sledding sessions down the block-long alley across the street, including that time Matt almost got crushed by the bus on 6th Avenue but only his sled bit the dust because of his expertly timed ninja dodge maneuver, and the look of utter horror on the bus driver’s face when he felt the bus’s front right tire go over SOMETHING (and probably felt the crunching of the sled’s wood deck) and he had seen a teenager waving wildly on the sidewalk just before that.

Anyway, back to now. Yesterday we had several brief periods of “snow”—really, it was the hardened version of Seattle’s famous misty rain. You had squint to see it—it made NOTHING wet, not roads, not cars, certainly not exposed skin. Immortalized in a conversation with Julie Anne as we had a late pre-Thanksgiving-shopping breakfast at Original Pancake House in Crown Hill:

Julie Anne [squinting]: It is?

Don: You have to really want to see it.

It certainly doesn’t help that the media here in Seattle buy into the frenzy wholeheartedly. KOMO News radio usually switches to their astoundingly lame “driver to driver coverage”: Joe Sixpack calls in on their news line and reports what he may or may have seen, or sometimes what he expects to see, or what his wife’s coworker’s neighbor said she once saw. And somehow the metro area hangs on his every word. Usually delivered all in a rush, because Joe Sixpack is not a professional radio personality and so has no clue about modulation and pace:

KOMO personality: We have Joe from Medina on the KOMO News Line. Joe, tell us what you see.

Joe: Yeah so I was driving on 520 toward I-5 and as I got to Montlake I saw a snowflake and I slammed on the brakes and a semi and a bus behind me almost crashed as they tried to avoid me and I spilled my Starbucks all over the dashboard and now I have to go to the detailer.

KOMO: O...kay, thanks, Joe. Now to Melinda in Shoreline, you have have something to tell us about the power up there?

Melinda: Well our schools are all closed and our power is on, it hasn’t even flickered. But we have about an inch of snow and my driveway is really icy.

And so on. It just never ends. I know (or at least I think) they think they’re providing a necessary civic service, but come on.